Jails and prisons play a significant role in any country’s ability to establish a safe and secure environment for their citizens. The most common use of prisons is as part of an organized Governmental Justice System in which individuals officially charged with or convicted of crimes are confined to a jail or prison until they are either taken to trial to decide their guilt, or complete the period of incarceration they were sentenced to after being found guilty at their trial. Just as jails are an important part of a country, managing the prisoners inside the Jails are also becoming important.

Our Prison-Secure™ jail and prisoner management system provides a modern solution by which the Jail Authority, Public Safety Departments, and Governments can safely and securely manage prisoner identities. PrisonSecure™ is the only solution which can predict prisoner identities individually by Machine Learning Technology/Artificial Intelligence (AI) based on detailed analytical calculations. 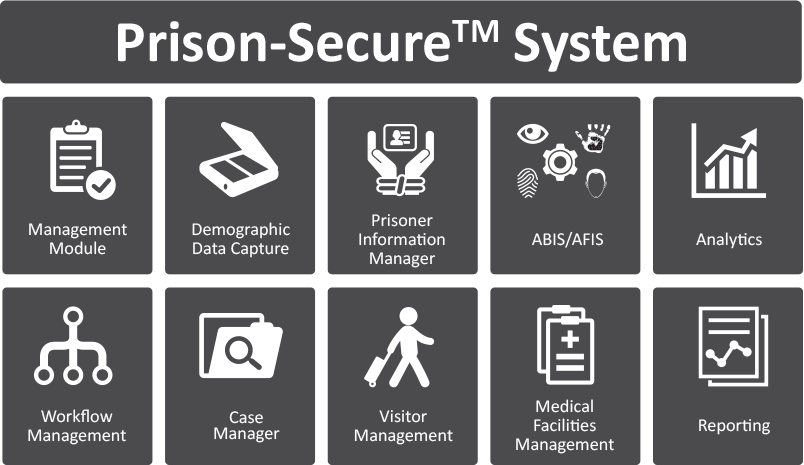 The solution was designed and built under the FBI, NIST, ANSI & ISO standard format and offers the flexibility of choosing from a number of different biometric Identification modalities including; fingerprint, finger vein, palm vein, iris, and facial recognition to accurately identify each individual at different stages.

Our knowledgeable sales consultants are located worldwide to answer any questions that you have about our identity management technology. Please complete the form below with as much information as you can so we are best prepared to assist you.

With over 17 years of experience in biometrics & identity management,
our technology is deployed in over 100 countries