How soon could we expect to see gesture biometrics vault into the mainstream as a viable biometric modality? According to an article in ZDNet Asia today, gesture biometrics, at least for ATM security banking purposes, is “unlikely to happen anytime soon.”

Part of the reason is that gesture biometrics requires investment in an intricate system of high powered cameras and sensors in order to recognize the individual movements that are used to create a biometric identity template and recognize someone for future identity checks. Cameras and sensors that are powerful enough to capture the gestures of the person seeking to be identified and have the ability to filter any other movements from objects or people who may be within view. In addition, just as you would register your fingerprint to create a unique biometric template, gesture biometrics would require software and hardware that can capture and record a series of hand or finger movements (or perhaps other movements of body parts) and use this as subsequent identification for future check-ins.

The second point that the ZDNet Asia article makes is that society has not quite accepted waving hands and making odd or quirky movements as normal behavior so culturally speaking, gesture biometrics is perceived as outside the scope of a reasonable interface to secure individual identity.

As the article points out, what is much more likely to happen is that gesture biometrics will eventually evolve into a technology that becomes part of a multi-factor authentication platform which can “enhance a user’s experience” rather than adding an extra layer of security. However, there are still those who believe that as research into improving gesture biometric interfaces becomes more refined and sophisticated, it could be used as an authentication tool for personal devices such as mobile phones, tablets or other electronic devices.

In fact as this video points out, it is much more likely that we will see gesture biometrics used as a security interface for touch screen tablets and possibly other mobile devices, demonstrated here by Professor Nasir Memon from the Polytechnic Institute of NYU:

What do you think about gesture biometrics? Is this a modality we can expect to see more of for security purposes in the future? 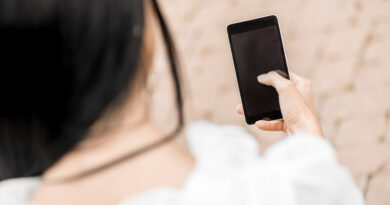