Yesterday, Leischen Stelter from securitydirectornews.com published an article that once again put the recent NRC Report on the “fallibility” of biometric technology in the spotlight.  You can find a link to the article here. Through an interview with Mark Visbal, Director of Research and Technology for the Security Industry Association (SIA), it was made clear that the SIA’s views on the NRC Report are counter to the findings that the Report suggested.  When asked to comment on the NRC’s claim that:

““human recognition systems are inherently probabilistic and hence inherently fallible; the chance of error can be made small but not eliminated. System designers and operators should anticipate and plan for the occurrence of errors, even if errors are expected to be infrequent.”

Saying that the NRC Report was based on “outdated data” Mr. Visbal responded:

“In the security world, biometrics are accepted as a viable solution for authorization and identification,” he said. “Biometrics are a game changer, it really is, because it irrefutably ties the embedder of a biometric to that identity. Are there problems? Yes. But, will it get better? Yes, and it is on a monthly basis,” he said.

Our take: Mr. Visbal’s comments are further proof that the NRC Report released in September was flawed and did nothing other than fuel misconceptions about biometric technology, further clouding the true understanding of the technology’s value and importance as part of an overall security architecture.  We are pleased that the Security Industry Association has taken a rigid stance on this issue and brought to light the truth about biometrics as it continues to play a larger and larger role in individual and commercial security applications.

In our 11/16 blog post about this topic, we stressed that just like any other security technology on the market, biometrics is rapidly evolving and with that evolution comes refinements and adjustments that make the technology more reliable, adaptable and secure.

What do you think about Mr. Visbal’s feedback?

What is Hybrid Biometric Platform™? 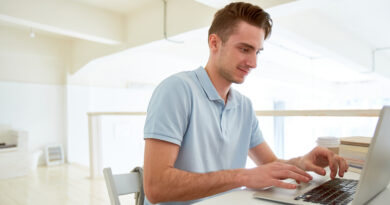