“Science is built upon approaches that gradually come closer to the truth.” Isaac Asimov.

In 1879, Alphonse Berthillon, head of the French police photography department, suggested that people could be identified by precise physical measurements. His system was based on measuring certain lengths and widths of the head and the body, as well as recording individual marks like tattoos or scars. This system was quickly adopted widely by American and British police forces until system failures began to appear, the main problems with measuring changes. From that time onwards, western police forces started using fingerprinting to identify criminals. In recent years, biometrics has grown from just using a fingerprint, to employING many different identification methods that fall into two broad categories: physiology and behavior.

Physiological biometrics is based on measuring the individual’s unique physical characteristics, such as fingerprint details, patterns of retina veins, iris characteristics or the size and shape of the hand.

Behavioral biometrics identifies unique learning characteristics, such as signature, keystrokes or voice recognition, which compares frequencies and vocal patterns to identify the speaker.

ID cards, PINs and passwords do not actually identify a person, as the owner may transfer any of these identifications to another person. Only biometric readers identify people by unique and unchanging characteristics. If someone steals or guesses your password, the thief could access your information without difficulty, but to impersonate you using your biometric profile, although not impossible, is much harder. We can prove the low reliability of traditional identification methods through iSpy. This is a software package that captures what is written on the cellphone at a distance of 3 to 60 meters. The goal of North Carolina University researchers who have developed iSpy was to check whether the use of cellphones in public places could be a risk. The software succeeds in 90% of the cases identifying which keys the user is pressing.

To solve this security issue, the biometrics industry continues innovating and researching for new biometric methods to identify people such as body odor, ear structure or brain electromagnetic signals. One of the most advanced techniques with great potential due to its simplicity is vascular biometrics. This technique studies the thickness and distance between the veins that lie under our skin. As this is an internal standard, it leaves no trace, providing a high level of security. We can have this technology in our cellphones sooner than we thought.

Unlike laptops, which we sometimes leave at home or in the office, mobiles are always with us wherever we stay, wherever we go. This fact awakens the interest of thieves, who are attracted by device price-size relationship, but if we think carefully, the information it contains can be worth much more. A survey performed by GetSafeOnline.org says that smartphone ‘malware’ has increased by 800% in just 4 months. For this reason, biometrics will pass in a not-so-distant future from being ‘an interesting concept’ to be ‘a need’ in all smartphones.

ABI Research suggests in a recent survey that people are feeling more comfortable using biometric security, which could result in a $3 billion spending increase in biometrics over the next five years. Supporting this prediction, we find cases such as India, which will pass from recognizing their people through their membership to a group, according to their caste, tribe or religion, to identifying all its citizens trough iris recognition. On the other hand, Isabelle Moeller of the Biometrics Institute, considers that ‘Public acceptance of biometrics has been slow to grow, and will continue to be an issue until issues of privacy and security of data have been brought up to a level acceptable by the majority of people’.

Another survey done by Goode Intelligence about mobile biometrics foresees an increase from 4 million mobile biometric users that exist in 2011 to 39 million in 2015. The survey also details how biometrics will work on cellphones, focusing on device protection, e-commerce security, NFC security and replacement of PINs and passwords. According to the survey, fingerprint sensors and voice recognition technology will be the first to appear.

Jose Luis Huertas, CEO at Mobbeel, a company based on the creation of biometric solutions for smartphones,  gives us his opinion about these facts. ‘Every day we perform more transactions with our smartphones and we store more and more both personal and professional private information. Until now, we could only protect that information with a large amount of forgettable passwords. Furthermore, it is difficult to type long and complex passwords with a tiny smartphone keyboard, so we finally preferred to use passwords which are easy to remember and to type in exchange for losing security. Biometrics is the solution to combine security and comfort and soon all of us will have a high level of security without having to remember anything, anytime, anywhere’. 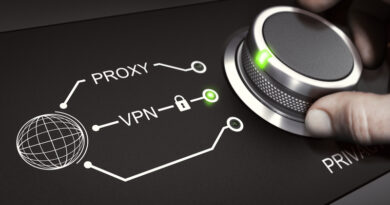 Why Every Company Needs VPN Usage to Keep Workplace Secure 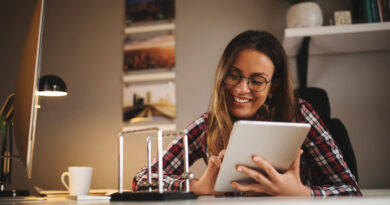 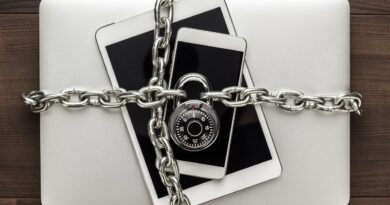