The M2SYS Blog was not involved in the creation of this content.
Guest Blog Posts
May 8, 2015July 10, 2018 Shaon Shahnewaz 0 Comments biometric, hand geometry, identification
789 views
Spread the love

The following guest post was submitted by Daniel Martinkovics, a military and security engineer. He is currently the laboratory supervisor at Applied Biometrics Institute, and have been so since 2013.

Hand geometry identification is a rather popular technology in certain circles and industries, due to its robust implementation. Devices that use this technology measure the two dimensional characteristics of the hand with respect to a coordinate system and also the height, usually with the help of mirrors and reflective surfaces. The two dimensional characteristics include the overall size of the hand, the thickness and length of the fingers, the overall size of the base of the palm and so on. All of this is done in the IR band in order to filter out external lighting and increase the accuracy of readings. The actual devices generally use a camera to take a picture of the hand, transform it into a non-reversible code, and then match it to the already stored template.

The coordinate system is twofold in most of the devices:

So the question may arise: Is the hand a good biometric feature? One must look at the criteria for biometric samples to get an answer.

Implementation: Why is it good?

As I mentioned, hand geometry readers are popular in certain areas, due to their generally robust implementation. These devices have several advantages over other technologies, but also several specialities which may limit their usefulness.

Key advantages are very low FRR (false rejection rates), fool-proof design, and a remarkable resistance to both contaminated, dirty environments and lighter injuries to the sample.

Learn More: Fingerprint vs Vascular biometrics – What are the differences?

The low FRR comes hand in hand with the design: the user has visual cues and aids for positioning that clearly define the single way to do it and feedback about the correctness of a positioning attempt (usually in the form of LEDs that show incorrectly positioned fingers), so one really has to actively try to get it wrong.

As we have seen, the technology is resistant to non-mutilating injuries. This is due to the fact that it actually measures the dimensions of the hand, and as long as the geometry is not seriously affected, the device will disregard any topical injuries of the back of the hand (and the palm does not get checked). I need to mention here that the current design for devices that use this technology holds the possibility for a potent live sample detection: the base plate that the hand rests on could include, for example, vein detection, which would significantly increase security (and possibly provide a two factor authentication).

Also, the current implementations of the technology are resistant to contamination, as the sample never touches the sensor directly (unlike a fingerprint sensor), so as long as the base plate is clear enough for the coordinate system to be visible, along with the mirror system and the IR filter for the camera (and the camera itself), contamination of the sample itself does not matter at all. The components are usually easily cleaned so the technology is really suitable for production environments.

Read More: Iris recognition Vs. Palm Vein Biometrics – How do they compare?

All of these advantages, however, come at a price. The technology works best in 1:1 mode which increases identification times due to the fact that a pre-selection has to be done in one way or another. Also, it is more useful for T&A (Time and Attendance) solutions due to the lower security levels it can provide (on its own) – and this is, indeed, the most widespread usage. And finally, one needs an intact hand to operate hand geometry reader devices. Most of them are designed for a right hand, although this can be replaced by using the left hand palms up (this is a feature in most devices), so one can use both hands with the device or even use the left hand temporarily with an enrolled right hand should, for example, a finger be broken on the right hand. If both hands are missing fingers, it will be a problem. Some devices feature special modes to enable users who are missing fingers to use them, but these modes generally represent a security risk.

Last, but not least, I have to emphasize, that this is a technology that requires extensive contact with the device: the user has to place the entire palm on the platen and squeeze on the pegs that help proper positioning. This means a very good automation, but may raise hygienic concerns among certain users – as all contact required technology does. While most manufacturers produce anti-microbial coated platens, misconceptions may arise due to the required touch, especially because the device is so robust and tends to be used in industrial environments that are often contaminated. Informing and educating users about the facts regarding the platen and regular cleaning can contribute to a healthy, misconception-free usage.

To sum it all up, the technology has potential as it is easy to use and could be adapted to be a multi-factor biometric authentication within a single step. Its robustness makes it ideal to dirty environments and mass usage of relatively untrained users without problems. 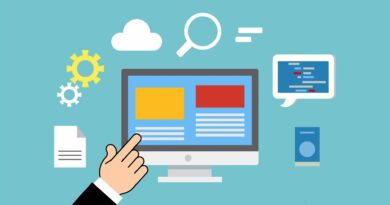