The following guest post was submitted by The Carter Capner Group, a law firm serving Queensland and the Australian city of Brisbane.

Many people such as personal injury and compensation lawyers Carter Capner have confidential information on their smartphones. Thanks to advances in technology, people no longer need to rely on a password to protect their sensitive data. It is now possible to lock a cell phone with the owner’s fingerprint. This eliminates the possibility of a hacker figuring out the password to access the contents of the phone. It is this exact fingerprint technology that was the subject of a case in Virginia criminal court last November. In this case, a key ruling was made that will now make it easier for law enforcement officials to gather evidence that is contained on a smartphone. The judge ruled that criminal defendants can now be legally compelled to open their phone for police if it has been locked using a fingerprint recognition program. One would imagine this ruling will also carry over and apply to other devices such as tablets, laptops and PCs.

Circuit Court Judge Steven C. Frucci is the person responsible for the ruling. He stated that a suspect providing their fingerprint should be considered no different in the eyes of the law than a suspect being compelled to provide a sample of their handwriting or DNA, both of which are already perfectly legal. However, it should be noted that it is not legal to compel a suspect to reveal his or her password for a device or program. This is because a person’s password is considered to be knowledge or “testimonial” in the eyes of the law. The reason a person can not be legally forced to reveal his or her password is because The Fifth Amendment protects people from forced self-incrimination. What this basically means is that if a person uses both a password and their fingerprint to lock their phone, a court cannot compel the person to unlock it.

Even though fingerprints have been an important tool in criminal investigations for many decades, they have not been used as part of a locking system for smartphones and other electronic devices until recently. While it may seem like the use of a fingerprint or a password to lock a smartphone is fundamentally the same thing, devices locked with fingerprints will now be easily accessible by the courts.

An attorney named Marcia Hofmann wrote an article in Wired magazine in which she described a hypothetical example designed to demonstrate the way virtual and physical locks are protected or not protected by The Fifth Amendment. While a court is not legally permitted to compel a person to reveal a combination lock’s combination, they can compel a person to hand over the key to a safe that contains evidence that is potentially incriminating.

The ruling made by Judge Frucci regarding smartphone biometrics as they relate to criminal cases has been controversial to say the least. It is safe to say that we have not heard the last word on this issue. Additional courts will inevitably weigh in on the issue of whether or not a person’s fingerprints should have Fifth Amendment protection. Needless to say, this ruling basically means a person’s right to privacy is non-existent if they choose to use a fingerprint locking program for their smartphone or other device. It has opened up a Pandora’s Box and it is anyone’s guess when it will close. This ruling could also have a negative impact on the popularity of biometric locking devices moving forward. However, it also demonstrates the need for people to use their fingerprint along with a password to make their device totally secure. 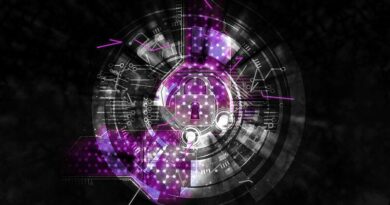 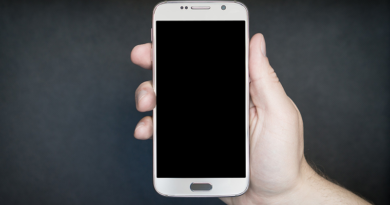 The Rise of Photographs for Accurate Patient Identification