The following guest post was submitted by Jack Dawson.

The most commonly known and widely used biometrics security system is fingerprint reading. As a result of scientific advancements, biometric security has expanded to include reading heat signatures, eye scanning, facial recognition, use of DNA and vein patterns.

As scientists continue to make more breakthroughs in their instruments and algorithms, we will continue to see more capabilities in biometric science. 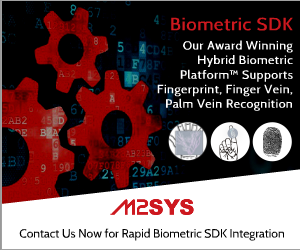 Below are some of the areas you will see biometrics used now and in the future that affect security and your life.

Some of the places that have embraced biometric security are government buildings and businesses. It is common to walk into a corporation or a government agency and see the use of facial biometrics, eye scanning, body scanning cameras, or use of smart cards embedded with biometric information.

Government security agencies and large corporations tend to have the best in biometrics technology installed and used in all parts of their buildings. This is understandable, given their high security requirements.

• It saves time as the amount of time it takes to scan and log information is quite short.
• It is possible to issue red alerts instantaneously, which allows for faster response time to security risks.

The most notable area where biometrics will become widely used for public security is in public transportation areas. Biometrics is fast becoming crucial in airports, border crossings, subway tunnels, and bus terminals.

Read More: How Biometrics on Smartphones is Changing our Lives

As such, in areas that tend to experience heavy human traffic, having a biometrics system that can scan through large groups of people is the way to go as it takes away the need to stop people one at a time.

An example of public security biometrics called NEXUS is already in use by the Canadian and American border security. After performance of a background check, your facial and fingerprint biometrics links to a password and this makes it easier for you to clear through border security.

Our computers and laptops consist of a lot of sensitive information and data, yet this one area is largely untouched by biometrics security. To date, the password is the most widely used means of accessing PCs, laptops and smartphones. This is despite the fact that all these gadgets have cameras that could be useful for facial recognition or eye scanning.

Though you’ll find some electronics come equipped with fingerprint scanners or even some phones that have facial readers, these are still quite uncommon.

The reason for this is:

• There is a lot difficulty involved in breaking old patterns.
• Finger scanning can sometimes be frustrating if your screen or hands are dirty, therefore you might find yourself reverting to using your password.

In the past, key industry players such as Apple have installed fingerprint biometrics in their devices. It’s also been possible to use drawings and fingerprints on phones running on an Android platform. More growth is yet to come, as evidenced in the recent release of Windows Hello, a biometrics system embedded into the Windows 10 operating system, allowing you to log in with your face, eye or finger prints. This latest development by Microsoft will propel the use of biometrics in the PC, laptop and even mobile phones.

To tackle security concerns among consumers, Microsoft has taken the necessary precautions to have your biometric signature stored locally on your computer, where only you can access it.

Just as was the case with Apple when it released its biometric security system, to use Windows Hello, you will need to get new hardware enhanced with biometric capabilities.

Biometrics science has not developed without controversy. There are those who find it intrusive and feel that their lives will be under scrutiny. However, even with such concerns, the importance and contribution of biometrics to security is not deniable.

The main factors that affect the adoption of biometrics are:

As biometrics find their way into personal electronic devices such as the mobile phone and laptop, concerns about social acceptance begin to emerge. The expectation is that a majority of users will repel biometrics for a while.

Even for those who do not consider the technology invasive, there will still be some resistance to change with most people opting to continue with older methods of security such as PIN access.

The trick for developers of biometric systems is to create one that works without glitches, responds fast, and is easy to use. Once users adopt biometrics and see how fast and more secure they are, more and more people will adopt this new and powerful security system.
The future for biometrics technology is bright. As more consumers get exposure to its benefits, the market will respond to fulfill this demand.

Author Bio
Jack Dawson is a web developer and UI/UX specialist at BigDropInc.com. He works at a design, branding and marketing firm, having founded the same firm 9 years ago. He likes to share knowledge and points of view with other developers and consumers on platforms.

Biometric Authentication – Can It Be Deceived? 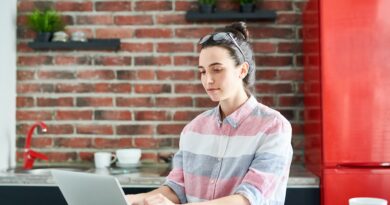 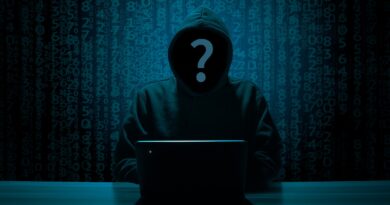 Is Biometric Security the Answer to the Cybersecurity Crises?