Transportation services / networks such as Uber, the online cab-hailing company, are changing the way many people travel around cities all over the world. But the question is, how safe are the cab drivers or who are taking you for a ride? Legislators in some countries are addressing the issue to improve passenger safety following reports of assault and sexual violence in recent months.

After recently coming under fire for safety issues Uber has been temporarily banned  in India’s capital city. The controversial crowd-sourcing taxi cab service took massive negative hits to its reputation when a passenger reported being raped and beaten after hailing a ride with an Uber driver in Delhi in last December. A Boston, U.S.A. based Uber driver has also been charged with allegedly sexually assaulting a passenger just two weeks after the Delhi incident.

People are increasingly engaging with these types of cab services every day for their transportation needs, and placing their trust in cab operators and drivers for their personal safety and security. Due to the fact that these services offer convenience, state-regulated cab operators should take steps to increase the safety of their customers including comprehensive biometric based background checks and demographic data profiling for all new and existing drivers.

According to the authority, “Uber did not conduct a background check on the driver, who was working for the company while on bail on multiple charges including assault, robbery and rape”, which makes it clear that there is an urgent need to improve screening standards currently in place. A change to the policy is needed following the alleged string of sexual assaults.

A biometric identifier is stronger than searching a name. Lawmakers worldwide should press cab-hailing companies to adopt driver profiling through biometric screening and improving communication with local officials and law enforcement to authenticate the identities of potential drivers. Biometric checks may enable companies to screen out any driver with disconcerting criminal histories. It’s also possible that they could go further than screening drivers, and extend the use of biometrics to real time driver tracking before assigning a trip.

To ensure a high-quality service, every cab operator should deploy a biometric-based driver tracking system to verify the identity of drivers. Then they can easily terminate their agreements with drivers who violate customer service standards and blacklist them for future employment with any similar organizations. Some blacklisted drivers might attempt to rejoin the industry by changing their names and driver’s licenses but a biometric authentication system will reliably verify the identity of the previously spurned drivers.

M2SYS Technology has developed DriverTrack™, which is a fully customizable cloud based biometric profiling and tracking solution to assist taxi cab operator identification   can help to keep records (including the driver’s captured biometric templates, contact number, photograph, address and information about the driver’s license and vehicle) for their appointed drivers and see their past records with just a simple, fast biometric scan. Law Enforcement Agencies can also use DriverTrack™ to enroll or verify any drivers on the go if required.

Biometric driver identification also promises to maximize taxi cab safety and ensure a skilled and motivated workforce in the industry. Drivers work alone, away from their base which makes it difficult to control them from a remote distance. Fast and accurate field-based identification of both vehicles and their registered drivers would also be helpful to ensure driver accountability for their leased/rented/assigned vehicles. Thus a driver tracking system is important for every taxi cab operating business to mitigate their risk and ensure return on investment by keeping records of their appointed drivers and storing their past records. 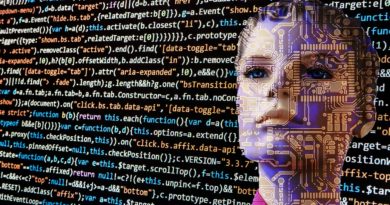 The Impact of Mobile Biometrics in Banking