Many governments pay out large sums of revenue every year as salary and pension payments to non-existent employees (commonly referred to as ghost workers) who have been fraudulently entered into payroll or in rare cases, have been registered by mistake. Some of these employees may include retired government employees who have been deceased, and even people who do not exist.

One major reason behind the rise in unqualified, non-eligible ghost workers in pension and benefit systems is the lack of or limited government employee accountability, opening the door to corruption by manipulating payroll and benefit expenditures through the placement of these fictitious workers on the payroll. As more governments around the world try to figure out a solution to the ghost worker issue, many have adopted biometrics for identification of employees upon receipt of benefits— a perfect tool for eliminating ghost worker fraud and establishing employee accountability and a strong audit trail.

Ghost workers are a common government level fraud and with potentially tens of millions of employees on the payroll, it often goes unnoticed. Individual pension or benefit disbursements amounts may appear small at first, but over time they may add up to a significant amount, particularly if a number of these “ghosts” are added and retire over time.

Here are some stats on the impact of ghost workers from around the world:

One big advantage of using a biometric identification management system to eliminate ghost workers is that it identifies a person by who the person is rather than what the person has or knows, unlike most traditional authorization systems such as personal identification numbers (PINs), passwords, or ID cards. Unlike these solutions that rely on “what you have,” or “what you know” biometric credentials such as a fingerprint, finger vein, or iris image are much more secure and cannot be lost, forgotten, guessed, or easily cloned.

This can be done by installing a biometric time clock or identification device and linking it to the existing payroll software. With a biometric system in place, employees provide their biometric credentials such as a fingerprint, finger vein, or iris photograph to punch or log into the system. Once integration is complete, the attendance and time data of all employees and retirees can be set to be automatically recorded into payroll. This automated payroll entry eliminates human interference to register non-existent ghost workers into the payroll system.

The biometric identification integration process into existing payroll or workforce management software is much easier than you may think. With a standard biometric SDK (Software Development Kit), biometric integration into any application can be done in a matter of hours without the development work required from a low level SDK. And the possibilities are endless.

Utilizing a biometric system to eliminate ghost workers allows governments and business organizations to accurately identify employees virtually eliminating duplicate registration in any form and eradicating ghost worker payroll fraud to help establish employee accountability. For some governments, the elimination of ghost workers could result in significant revenue savings. Governments can easily allocate the money saved from ghost worker fraud to invest in improving infrastructure, education, healthcare, and security. For some governments, even a little bit of extra money saved can translate into higher standards of living for citizens.

Benefits of using biometric technology to eliminate ghost workers include:

Ghost workers are a major source of payroll and pension fraud and corruption for both governments and private organizations around the world.  Due to the large size and sheer volume of employee pension and payroll systems, it is not easy to eliminate ghost workers without establishing accountability and abandoning more traditional forms of identification such as ID cards, PINs and passwords that can be easily exploited. Biometric technology can be the perfect tool to eliminate ghost workers by identifying people based on “who they are” saving billions of dollars in lost revenue around the world. 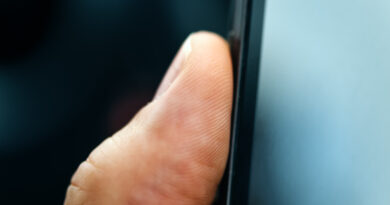 Should all Biometric Scanners be Contactless? 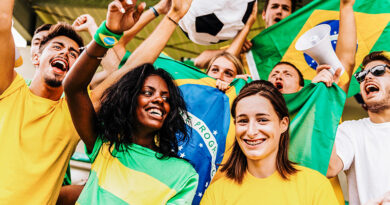