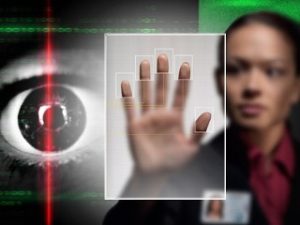 The following guest post on biometrics increasing IT security was submitted by James Daniels.

It is a fact that passwords can no longer provide sufficient security for your data. The problem with the use of passwords and usernames for security is that they can easily be bypassed by hackers and rogue employees. Due to these obvious flaws related to use of passwords as security measures, biometrics are fast becoming the norm when trying to guard access to critical data. Here are some of the reasons why biometrics are the future of data security.

Hackers have always used brute force to gain access to classified information. They often use algorithms to guess various combinations of numbers, letters and special characters in hopes of finding a password through trial-and-error. This is why many websites now ask people to use numbers and special characters in their passwords – however, this still is often not enough.

Biometrics uses physical body parts or personal attributes as codes for access. The most common forms of biometric security include fingerprints and voice recognition. You will agree that guessing a person’s fingerprint is as simple as using sophisticated algorithms to guess passwords. For this reason, the use of biometrics is much more efficient when compared to
passwords.

Biometrics are extremely convenient for users. For example, biometrics don’t require the user to cram long and complicated passwords. Your code is part of your body and the only thing you need to remember is to put your finger on the fingerprint scanner.

Another problem associated with traditional passwords that is completely eliminated by using biometrics is the case of forgotten passwords. Many users have a tendency to write down their passwords somewhere or use a combination of personal information to formulate passwords that will be easier to remember. This increases the chances for breach.

With biometrics, you don’t have to take any precautionary measures since forgetting is taken out of the equation. It will also enhance data retrieval technology since no encryption is required in biometrics.

For a long time now, the use of biometric security has been relegated to large companies and institutions that required maximum security. Biometrics was generally used in the banking sector, laboratories and areas considered high security zones.

It is evident that biometrics has many advantages when it comes to security. Biometrics will reduce the chances for breaches by eliminating the use of algorithms by hackers to retrieve keywords and eliminate the chances of users forgetting passwords. And with biometrics becoming more and more accessible, we can expect biometric technology to become the norm in the coming years.

James Daniels is a freelance writer, business enthusiast, a bit of a tech buff, and an overall geek. He is also an avid reader, who can while away hours reading and knowing about the latest gadgets and tech, whilst offering views and opinions on these topics.

Why the Cloud may Help Biometrics Reach New Heights 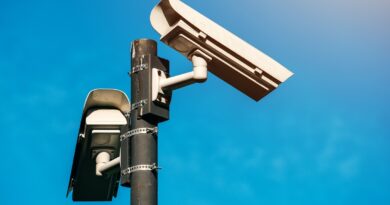 Why Biometric is Necessary for Mobile App Security?