The following guest post was submitted by Rebecca Gray, a writer from backgroundchecks.org

Biometrics technology, once the stuff of idealistic or dystopian science fiction tales, has become a part of real life in the twenty-first century. Biometrics are used in areas as diverse as security for businesses, schools, government agencies, borders and airports; patient identification in hospitals and blood banks; voice control of electronic devices; and criminal investigations. While many people may think of biometrics in terms of face, voice and iris recognition, there are many other types of biometrics in use or in development as well. 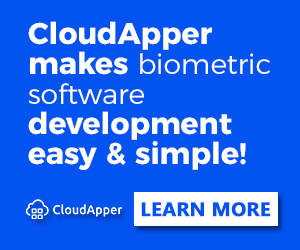 One of the most fascinating uses of biometrics is in crime solving. While real life procedures don’t quite match the television depictions of biometrics usage in crime labs, crime-fighting organizations and crime labs have some pretty impressive technology at their disposal. In the past few years the FBI has been moving to a new system that improves the accuracy and performance of its existing setup, while adding more biometrics, including enhanced fingerprinting, palm scans, facial recognition and iris scans. It’s going to take a while before all of the Federal, state, and local law enforcement agencies update their systems to work in sync with the FBI’s, but that day is coming. In any case, here are some ways that biometrics are being used to help solve crimes in the real world – today and in the very near future.

1. More accurate fingerprinting makes a big difference at crime scene investigations. Fingerprints are still more accurate than facial recognition for identifying individuals, and the FBI has spent more than $1.2 billion to replace its older fingerprint matching system, the Integrated Automated Fingerprint ID System (IAFIS) with its Next Generation Identification (NGI). In NGI the ten-print system has been significantly improved because of a more powerful server farm and enhanced recognition algorithms. The matching accuracy rate has risen from 92 percent to 99 percent, and the average response time has dropped from two hours to ten minutes – at least under controlled conditions, such as at a police booking station. However, latent fingerprints – the fingerprints found at a crime scene – are considerably more difficult to match. The old system, IAFIS, had an accuracy rate of only 25% and wasn’t very effective for investigators. But the upgraded NGI capabilities launched in May 2013 have had an accuracy rate well above 80 percent for latent prints. And once again that is due to an improved algorithm that takes advantage of more computer power, according to Jon Kevin Reid, assistant section chief in the FBI’s Criminal Justice Information Services (CJIS) Division.

2. Palm capture gives investigators an additional investigative tool. The FBI launched a national palm-print database in May 2013, which is expected to be a big help to investigators, as palm prints are left at crime scenes 30 percent of the time. “There will be significant leads around cold cases that we couldn’t have gotten before,” the FBI’s Reid says. Getting the system up and running has been a bit of a challenge because some states, such as Michigan, have been running palm prints for several years, but the FBI has imposed requirements on palm print submissions that most states aren’t meeting. NGI requires that in palm capture, the entire hand must be captured, not just the palm as states such as Michigan had been doing. Running the entire hand is crucial so it can be matched to fingerprints in the database. In addition many local and state law enforcement agencies will have to upgrade their equipment. Once these kinks are worked out law enforcement agencies will have yet another tool for crime solving.

3. Facial recognition is providing good investigative leads, and will only get better as the technology improves. Despite the flashy displays of facial recognition technology on the crime shows, face recognition is a far from perfect way to make a positive identification of a suspect. As noted above, fingerprints are still more accurate. Nevertheless in 2012 the FBI launched the Interstate Photo System Facial Recognition Pilot project in three states, and as of June 2014 the system was fully deployed. It allows participating law enforcement organizations to use face recognition to search against more than 15 million mug shots, returning a ranked list of potential matches by using algorithms to search for a match. The system matches the photo taken at the booking station or from a crime scene with mug shots in the NGI database that have a high probability of being a match. At the very best it is 80 percent accurate, but since the quality of mug shots varies so widely the accuracy rate is often significantly lower. But the Michigan State Police have found facial recognition to be very beneficial in attempting to identify unknown subjects who commit crimes of identity theft and fraud, according to Pete Langenfeld, manager of the department’s digital image analysis section. Even so, he cautions, “Any candidate derived from a facial recognition search should be considered an investigative lead only, and not positive identification.” That said, as more agencies adapt facial recognition and learn to standardize the quality of their mug shots with facial recognition technology in mind, accuracy should improve.

4. DNA can identify the guilty and exonerate the innocent. It wouldn’t be a crime show without a scene where a defiant suspect is obliged to submit to a DNA swab. Indeed, DNA has been a powerful tool for crime solving, and is generally used to solve crimes in one of two ways. When a suspect is identified, a sample of his or her DNA can be compared to evidence from the crime scene. When a suspect has not yet been identified, biological evidence from the crime scene can be analyzed and compared to offender profiles in DNA databases in order to help identify the perpetrator. In addition, crime scene evidence can be linked to other crime scenes through the use of DNA databases. Not only can DNA evidence identify the offender, it can also exonerate someone who was wrongfully accused.

5. Iris recognition, gait recognition and scent detection: the future is (almost) now. The FBI’s NGI system is gearing up to also incorporate iris detection, and, in the future, gait recognition and scent detection. Although some of these biometric markers have limited use in crime scene investigation – for instance, irises are rarely left at crime scenes – these additional tools can help law enforcement quickly identify criminals and terrorists in the U.S. and around the world.

Biometrics is continually being improved, with new applications being developed. Naturally there are numerous concerns and controversies about biometrics, including privacy issues and potential abuse of the technology, as well as accuracy concerns. But advocates believe that the benefits outweigh the risk. In any case biometrics is here to stay, and for those who work in crime solving, that’s a very good thing.

For an enlightening overview of biometrics history and some modern-day applications, see this PowerPoint presentation from a keynote delivered by Michigan State University’s Anil Jain at the International Conference on Biometrics in Madrid, Spain on June 5, 2013.

For more information and resources, visit the web site of the Biometrics Institute, an international organization that represents and connects biometric user organizations, vendors and researchers.

Author Byline:
This guest post is contributed by Rebecca Gray, who writes for Backgroundchecks.org. She welcomes your comments at her email id: GrayRebecca14@gmail.com. 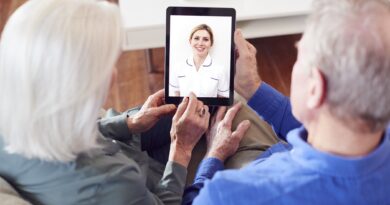 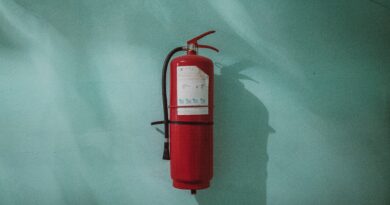