When it comes to banks, there is a constant need to update security measures to ensure the safety of bank accounts. Biometric voice recognition technology now enables bank customers to use their voice as an added layer of protection for their bank accounts.

Voice biometrics is a very promising innovation that will protect accounts from call-in center scams, wherein felons call a bank’s customer service hotline pretending to be in a situation that will move the assisting representative to give them access to confidential data and inevitably, to the account’s funds.

As financial institutions became more vigilant with internet scammers, fraudsters were compelled to look for other opportunities. And despite the developments made with physical credit cards, such as the Chip-and-PIN system, criminal masterminds have managed to discover new ways to outwit banks’ security structures. According to Pindrop Security CEO Vijay Balasubramaniyan, “Banks closed and locked the door online, but they left the window open with the call centers.” He further stated that in 2014 alone, $10 billion was lost due to call-in center fraud.

Voice biometrics is said to provide greater security because it can validate a caller’s identity based on past calls they made. Companies are required to record their calls and keep these records, which are now being used to determine if a caller is indeed the person they claim to be. CNN’s Samuel Burke tested the voice biometrics system, calling a hotline himself and then his brother called pretending to be Samuel. The system was able to accurately authenticate Samuel’s call and decline his brother’s. 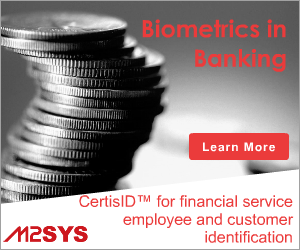 A sales specialist at Nice Systems, Erica Thomson, detailed how fraudulent callers pretending to be clients of a bank are able to call a company at least 20 times a day, and for each call pretend to be a different account holder, often claiming that they have lost their credit card and are in a foreign country. Others would pretend that they are in a compromising circumstance desperately needing a quick resolution. Call center representatives who are eager to provide good customer service would often fall prey to these scams.

This makes recent technologies such as voice biometrics critical in tightening the security of financial companies. Nice Systems enables companies to record call-in center conversations, verify callers, and convert their voices into a voiceprint unique to each client. This voiceprint then serves as a basis for the next time that a particular client calls. If a fraudulent caller tries to access an account by pretending to be an existing client, the system is able to tell the difference between the caller’s voiceprint and the true account holder’s.

In addition to fraud prevention, banks are also using voice biometrics to allow larger transactions to be made using mobile devices. Most people still prefer making huge deposits in a physical bank, which is why financial corporations such as Wells Fargo are now looking at developing mobile apps that will guarantee security to account holders and motivate them to transact via their smartphones or tablets.

Wells Fargo’s experimental, biometric-based commercial banking app requires the user to read a series of numbers aloud during the verification process, while scanning the user’s face to see if their lips are actually moving. Only when the app confirms a voice match will it be unlocked. Visa, Mastercard, and American Express also have their own biometric initiatives in progress. 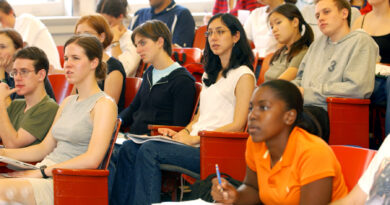 The Benefits of Biometrics in Student Identification