Ever since researchers at the University of Notre Dame released a report that raised questions about iris recognition systems and the integrity of the iris itself over time, the biometrics industry and pundits have been in a bit of a tizzy over whether the modality truly lives up to it’s reputation as a stable physiological biometric characteristic. In July of 2012, Notre Dame researchers claimed that:

Although the researchers went on to say that they “don’t foresee this again effect as a major problem for security systems moving forward,” it nonetheless sent a jolt through the biometrics industry and triggered iris recognition vendors to scramble with a response, many questioning the validity of the researchers’ claims.

Fast forward to August 2013 when a new report by researchers at The National Institute of Standards and Technology (NIST) said, “not so fast.” Using data from thousands of frequent travelers enrolled in an iris recognition program, they determined that no consistent change occurs in the distinguishing texture of their irises for at least a decade. These findings inform identity program administrators on how often iris images need to be recaptured to maintain accuracy.

Using anonymous data from millions of transactions from NEXUS, a joint Canadian and American program used by frequent travelers to move quickly across the Canadian border as well as a mixed effects regression model for its ability to capture population-wide aging and individual-specific aging and to estimate the aging rate over decades, NIST identified pupil dilation, not aging irises, as the primary cause behind the false rejection rates. When NIST researchers accounted for the dilation effect, they did not observe a change in the texture or aging effect. Some iris cameras normalize dilation by using shielding or by varying the illumination.

This new research should provide somewhat of a relief for iris recognition biometric vendors who have long claimed that the iris provides one of the most stable biometric identifiers and the technology as one of the most accurate modalities in the industry. Thanks to the NIST team for pursuing this issue and putting forth the time and the effort to examine it more thoroughly.

What are your thoughts on the accuracy and aging of the iris? Do you agree with the NIST research results? 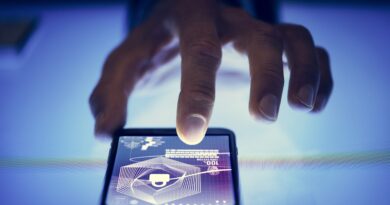