Countries all around the world, especially those in Latin America, need to adopt modernized identification platforms that can help governments more accurately identify citizens and visitors. Following the tragedy of 9/11 in the U.S., the integrity of identity documentation became a major issue for all governments across the globe. Governments of the United States and European countries have since moved towards broader, more secure border identification systems to fight against crime and terrorism.

A rising trend to bridge the persistent “identity gap” that exists in many Latin American countries is the implementation of national identity cards. A national identification card is a uniform document that proves you are who you say you are. It helps to centralize data and increase state capacity for more efficient distribution of goods and services. Biometric identifiers (e.g. fingerprint, palm vein, iris, and/or facial images) embedded on a microchip within the national ID card creates an additional layer of security. Biometric national identification systems are necessary for economic, social, healthcare and political development, and they also have proven to strengthen the effectiveness of government aid delivery programs plus they can be applied in the following contexts:

The growth rate in international crime and global terrorism combined with the increased need to provide official identification documentation for the underserved has driven many countries to invest in identity management system improvements. Though there is no blueprint for an effective, inclusive identification system, biometrics can play a major role in accurately verifying individual identities for many years to come.

Biometric technology helps to recognize an individual based on a particular physiological characteristic, such as fingerprint, finger vein, palm vein, iris or face. Various verticals of biometric technology have been used in different government sectors since the 1970s. In recent years, governments throughout the world are deploying biometric technology for use in national identity cards, voter registration, passports, border control, and law enforcement for criminal identification. As the technology has matured, many previous limitations of biometrics have been corrected and refined producing more accurate, flexible, and ubiquitous systems capable of use in multiple capacities.

In general, the biometric identification process requires three things: The first is a capturing device such as a biometric reader, scanner or camera which will scan or capture the biometric pattern of any individual. Second, computer hardware and software are needed to extract, encode and compare the biometric characteristics which were collected through the capturing device. Finally, a biometric database is needed to store the collected templates. The whole process is automated. In most cases in it only takes a couple of seconds to perform a search.

A biometric national identification system is: The Utility of “Biometric Identification”

Lack of formal identification creates difficulties for government officials to officially recognize citizens often precipitated by a combination of poverty and living in rural or remote areas. In Latin America, the poor and those living in remote, rural areas often do not receive their basic rights through access to necessary services such as education, finance, social security, employment, or democratic participation due to a lack of any formal identification.

Biometric identification is much more accurate and secure than many traditional methods of identification and authentication. It also leaves a concrete audit trail for each and every transaction. Rural citizens without proper documentation can also be included in a biometric database and when combined with technology such as mobile phones, it can facilitate payments and services in remote and underserved locations.

Many countries in Latin America already use biometric technology for more accurate citizen identification including Bolivia, Colombia, Chile, Guatemala, Uruguay, and Venezuela. Mexico and Argentina are developing their own biometric national ID systems to prevent identity fraud and theft.

There are many other Latin American countries who still use traditional identification systems with large amounts of undocumented people due to political manipulation, lack of resources (training, skill, and capacity), poverty, or extensive remote or rural populations.

The most persuasive argument in favor of a national biometric identification system is that it can help facilitate advancements in social, political, and economic development, and aid delivery by providing official identification to the underserved. The success of any national ID program depends more on processes than on technologies including: 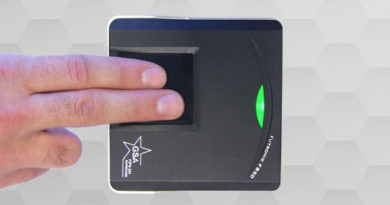