The following guest post on the use of biometrics in home security systems was submitted by Chris Ward.

Home security systems have evolved beyond what we once thought wasn’t even possible. Long gone are the days of a deadbolt being the only line of defense against a potential intruder.

Electronic locks, voice-controlled systems and motion detection have integrated technology into the home defense programs to increase safety, security and efficiency. But like with any industry, there’s always room to get better.

Biometrics were once a thing of star trek and science fiction novels. Top level security clearance agents gaining access to buildings and rooms with iris scans and fingerprints filled our minds with luster and disbelief. But now, its real, and it’s coming to your home. For decades people have lived under the adage “locks are for honest people”. This was simply because a lock on a door had become a mere inconvenience for a skilled invader. Keys were easily duplicated and who doesn’t remember “hiding” a key under the doormat or under the gnome in the flower bed?

Locks were also far from tamper proof; a quick video can teach a twelve-year-old to pick a lock. With the advent of electronic locks, a few of those concerns were removed. These new locks didn’t require keys and were far more difficult to pick, but they still had flaws. A simple pair of binoculars and some patience could allow a potential invader to learn the code.

The goal of biometric security is to make things so personalized that no matter how much effort a thief puts forward, they won’t gain access. A fingerprint scanner allows the controller to limit access to a select few. The software rejects latent prints and counterfeits, ensuring that only those with the right credentials can unlock a given door.

In the modern day and age, work isn’t confined to an office building. More and more people are bringing their work home with them and for some, that work needs to be secured.

Before biometrics, that meant locking laptops in desk drawers and keeping your home office secured 24 hours a day. The pain of it all is that it is still your home. Home offices are also where the family finances are handled, kids do their homework and the dog naps. Keeping these rooms locked up and off limits was inconvenient.

Upgrading your home security with products such as an iris scanner can limit access to confidential or sensitive information while still keeping your home a home, not a locked down separate office.

Iris scanners can be used to access rooms, computers, and other locking mechanisms. Modern scanners are hygienic, discreet, and dependable while providing the security you need in your home office.

A Touch of Safety

It’s no secret that the world we live in is a dangerous place. Violent crime, home invasions and muggings still occur on a daily basis, even in the most affluent areas. For many, being a victim is not on their list of goals and they’ve chosen to take the steps to defend themselves and their families.

Although locks, lights, dogs and security systems dissuade a majority of home invasions, sometimes they’re still not enough and someone gets in. In those cases, some choose to turn to offensive measures of defense such as a firearm.

In the United States, that is your right, but it does come with a responsibility to not only be properly trained to use a firearm, but to safely store that firearm. Everyone is all too familiar with the tragic cases of youngsters who found an unsecured firearm and accidentally injured or killed themselves or a friend.

One of the most common reasons a firearm is not secured is the length of time that common gun safes took to open. When an intruder is making his way towards your or your children’s bedrooms, few people were fast enough to retrieve the case, find the key, fumble with the lock, open the case and get their firearm. That was if they could even find the key or remember the four-digit code of a combination lock.

Modern gun cases are now commonly available with biometric locks that secure the firearm in the most comprehensive way possible while still allowing unmatched speed in unlocking the case.

Finger and palm print scanners only allow a select few to access the firearm. Even with generic lock boxes, the risk remained that a child might find the key or catch a glimpse of the code being punched in. Biometrics eliminate that risk while improving the time that it takes for those who are granted access to open the box.

Even with fingerprint scanners unlocking doors, iris scanners controlling access and firearms to defend your home, sometimes that is not enough.

For those who face constant threats from outside forces or feel that they need an extra level of safeguarding, security guard services such as First Security can be helpful.

This private security service offers a multitude of options to further protect your home and life.

They offer services including:

It may seem like an overkill, but if you feel that your safety and security are threatened beyond a scope of what you can handle alone, contacting them could be the key to sleeping peacefully at night.

The World at Your Fingertips

For decades, biometric security devices were an expensive luxury afforded to government agencies and wealthy corporations, but now that technology is at the fingertips of the average person.

Integrating biometrics into your home not only keeps you safe but streamlines your personal security. These devices improve efficiency through quick responses and scrutinous software that keeps access to an absolute minimum while providing an ease of use not matched by any other technology on the market.

Investing in biometric products is one of the best choices you can make for yourself and your family. Whether its locking the front door, opening the garage, securing your work files or keeping dangerous weapons out of the hands of those who aren’t permitted to use them, these devices fit anywhere in your life.

We believe in never settling and always trying to improve what’s in front of us and we think that adding a layer of bio to your home security would do just that. Fingerprint Security: Is It Enough? 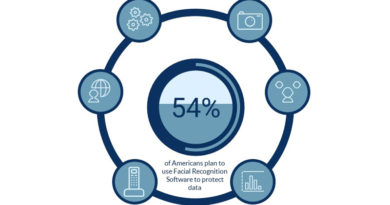 The Impact of Biometric Technology on the Marketing Industry

5 Emerging Security Technologies To Consider For Your Organisation